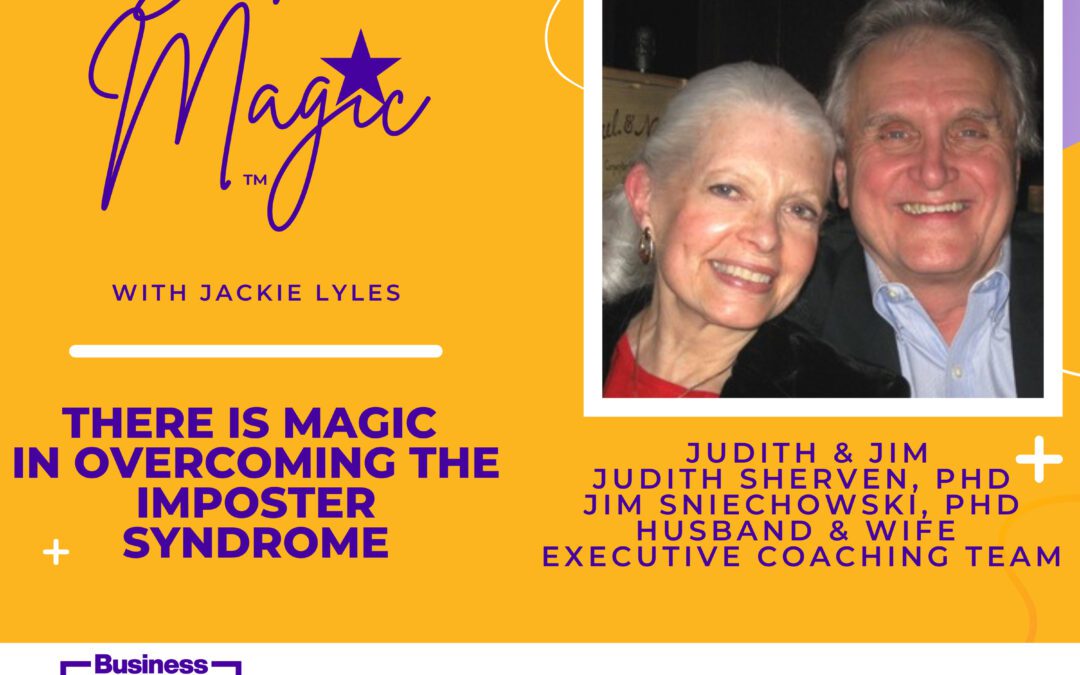 Sales Magic is the new podcast hosted by Jackie Lyles, a champion connector, opportunity maker and scale innovator. Using her proprietary approach, Jackie shares proven techniques to scale your business and transform your sales results, regardless of market conditions.

In this episode, Jackie talks with the duo best known as Judith & Jim. Judith Sherven, PhD and Jim Sniechowski, PhD comprise the much sought-after husband-and-wife psychology team. They are an executive coaching team for major corporations in Silicon Valley (and elsewhere) which includes LinkedIn, Unity Technologies, World Courier, and Blackbird Interactive, as well as start-ups and individuals. Working from their key frame of reference, “The Fear of Being Fabulous,” otherwise known as The Imposter Syndrome, their popular 4-hour Learning & Development audio/workbook program is titled “Being Fabulous In Business”. As guest experts they’ve appeared on over 3,000 television and radio shows including Oprah, The View, Canada AM, 48 Hours, MSNBC, and CNN. Judith & Jim are the bestselling authors of eight books includingWhat Really Killed Whitney Houston. Jim has recently had published his award-winning Leaving Home Trilogy: Worship Of Hollow Gods,An Ambition To Belong,andWhen Angels Die. These are autobiographical fiction based on growing up in inner city Polish Detroit.

Listen as Jackie, Judith & Jim discuss the importance of overcoming Imposter Syndrome, which can be described as the inability to own one’s success, and is rooted in fear-based beliefs. Their expertise in this space is transformational. They also discuss challenges in marketing novels, which is something other published (and up-and-coming) authors can relate to. They also remind us of the importance of clarity when communicating how a product will benefit a customer.

Sales Magic is an extension to Jackie’s Business Champion Sales Method Program that has inspired thousands of sales leaders to embrace change, challenge the status quo and act decisively. Tap into your own magic, your unique power to innovate. Be sure to subscribe to this podcast, so you don’t miss an episode. Learn more about the Business Champion program at businesschampionsales.com and across social media platforms.

Interested in being a guest on Sales Magic? Email Jackie@JackieLyles.com to share the lessons of your journey with others who want to tap into their own creative power to sell and innovate.